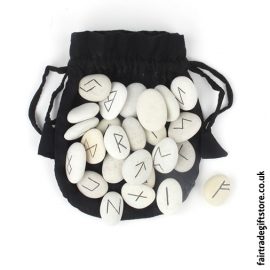 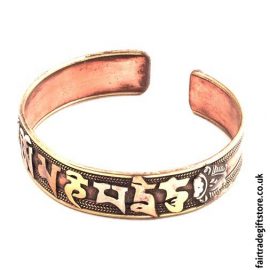 These Anglo Saxon runes are were used largely for writing and engraving until about the 10th century when they fell out of favour. These runes are still used today within certain groups who still like to practice the old arts.

These Anglo Saxon runes were in fact the alphabet based on the way that Old English sounded.
The name of the runes comes from the way that the first 6 runes sound in Old English –  F U TH O R C

There are now 32 different runes in this set however there were originally only 24 letters of the runic alphabet but as our language evolved so did the runes.

These Futhorc runes have been handmade in Bali, Indonesia and have been carved onto pieces of varnished wood.

This runes set includes:
-32 hand carved wooden runes for the standard alphabet
-details of what each rune is called
-faux suede pouch

Made in Bali Indonesia
Made from Wood

Due to the handmade nature and the natural material used to produce these items they will vary slightly,
which is great as you’ll have a nice unique fair trade item to keep for yourself or give as a gift.