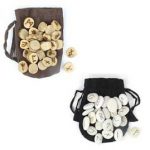 Fair trade runes were originally used by old wise ones, oracles and the mystics. They were used for many things, although most often divination and when they were in need of some council.
These days thankfully, we can all use them. They are not just for a select few but for anyone who wishes to take the time and learn what they mean.

We have 2 main types of fair trade runes here at the Fair Trade Gift Store. Those runes are pagan runes and Anglo Saxon Runes aka Futhorc.

Pagan runes are the ones that were traditional runes stones. They are based 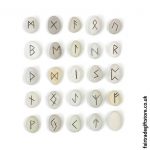 on those that were created around the 4th century in Northern Europe.  Pagan ruses are also know as Viking runes. It is said that Odin himself passed the knowledge of how to use the rune stones down to the vikings.

Futhorc rune stones were a different kettle of fish and were used not like the pagan runes but more so for writing and engraving works. The runes are the alphabet based on Old English. 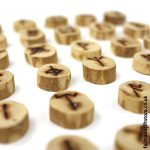 Each set of fair trade runes comes with the full alphabet and also a sheet giving information on what each rune is called and what it is used for. As a result of this information, we can all learn how to cast and read runes. Each set also comes in a little pouch so they can be protected and easily tidied away.